Omni-channel technology and artificial intelligence to provide assistance in pandemics: the case of Ñangareko in Paraguay 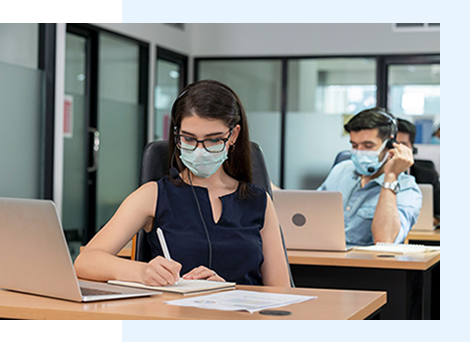 Faced with a health emergency with the emergence of the pandemic in March 2020, the Government of Paraguay implemented an assistance system for thousands of people using inConcert's omnichannel technology and automations.

The health emergency imposed by the emergence of the COVID-19 pandemic in many countries forced social, governmental and health organizations to implement contingency plans quickly and effectively. The key to this has been to have effective communication channels, as well as an agile and efficient system of care to meet the high demand.

Such was the case of Ñangareko, a food assistance program of the Government of Paraguay, implemented by the National Emergency Secretariat (SEN) in coordination with the Social Cabinet and other institutions during March 2020. The program aimed to help the most vulnerable people in the context of a health emergency, using non-face-to-face channels to avoid crowds. To achieve this, it used inConcert's omnichannel technology, powered by intelligent bots, which enabled it to process thousands of requests in just a few hours.

The first major challenge for SEN was the urgency with which the plan had to be executed, given the rapid spread of the pandemic and the restrictions on social mobility in this context. The second was the sheer number of interactions envisaged. It required an operation with the capacity to handle and register a large volume of requests, quickly and efficiently.

To quickly resolve the operational service requirement, inConcert set up a WhatsApp Contact Center, using its omnichannel technology. This was staffed by a team of operators and a Chatbot with artificial intelligence. The Chatbot made it possible to automate the registration processes, capturing the applicants' data and documents. In less than 48 hours, more than 500,000 different user requests were processed through this channel.

The high demand exceeded the limits of interactions enabled by WhatsApp, so a complementary solution had to be found. To this end, inConcert developed an interactive voice response (IVR) system to automate telephone customer service, which they set up in less than 12 hours.

Using IVR, data was captured directly in the calls. The system was enhanced with inConcert Speech Analytics, a technology that uses artificial intelligence to transcribe spoken language into written text with a high percentage of accuracy. The oral information provided by the applicants was automatically converted into texts that SEN was able to process in an agile manner.

In less than 72 hours SEN was able to set up the registration channels and process hundreds of thousands of requests that would have been impossible to register manually. The WhatsApp, chatbot and IVR channels ran simultaneously for 20 days, integrated with each other and with SEN's data processing system.

In total, after processing the records, 330,000 people were assisted through the Ñangareko program.

|"inConcert's technology and rapid implementation capacity allowed us to deploy with Ñangareko an unprecedented emergency food aid plan," said Hugo Rafael Cáceres Agüero, then Minister Executive Secretary of the Management Unit and Head of the Social Cabinet of the Republic of Paraguay.